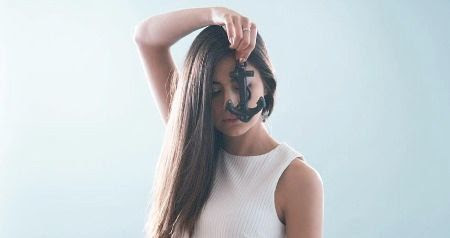 The ladies are running this week’s edition of the NYC Scene Report, as I’m featuring music from four singer-songwriters who each take indie pop in different directions. So kick back and check out King Deco, Chetti, Shilpa Narayan, and Sophie Strauss.

* King Deco is an artist I met a few years ago under the strangest of circumstances. I was running late to see a friend perform at Rockwood Music Hall. Little did I know the very attractive woman walking in the same direction was going to the exact same place for the exact same reason. I, however, walk like a New Yorker, which means I have a complete disregard for traffic lights, and often treat the streets like a personal game of Frogger. King Deco, bless her, attempted to follow me as I crossed Allen Street, and, as she later revealed to me when we eventually met that night, was nearly wiped out by oncoming traffic. (You should have played more Frogger as kid, Deco!)

Why did I tell that story? Because King Deco's new single is titled "Castaway," and with lines like, "You don't wanna hurry, baby," "Don't leave me here all alone," and "Baby, don't leave me stranded like a castaway," I like to imagine it's about that night when I decided I wasn't about to wait on the traffic island in the middle of Allen Street. Of course, with a name like "Castaway" it could also be about a volleyball, but let me have my dream, yo!

Oh, and as for the actual music, it's a great, tropical island tinged, pop song. Give it a spin!


* The majority of artists love the stage, but few seem to genuinely have as much fun while performing as Brooklyn born singer Chetti. There's a pure joy, and an effusiveness, to her, and her infectious smile rarely leaves her face. I'm not saying it's impossible not to be happy when she's on stage, but you'd have to be in a pretty sour mood not to enjoy yourself while she's performing.

I've seen Chetti live a few times, and each performance has been filled with good vibes. Each performance has also featured some standout vocals. Speaking of which, check out Chetti's cover of Justin Bieber's "What Do You Mean." The collaborative effort with singer Daniel Miz is a slowed down take on the pop hit. The change in tempo puts a whole new spin on the lyrics, and gives the song a life the original didn't have.


* I've featured soul-pop singer Shilpa Narayan here a number of times, but it wasn't until a few weeks ago that I was finally able to attend one of her shows. Lemme tell ya, the live Shilpa Narayan experience is a damned good time.

The venue was packed wall to wall with people (so much so I couldn't even get to the bar), and in addition to her own songs, she did some fun covers of 90s classics by Aaliyah ("Are You That Somebody"), Coolio ("Gangster's Paradise"), and J.Lo ("Waiting For Tonight," which was slowed down, and turned into a ballad). She also covered Kid Cudi's "Day & Night," which is fast becoming a song that's going to live on forever.

With a great voice, fun personality, and love of the 90s, Shilpa is someone you should make an effort to see live. While you wait for her next show, you can check out the video for her latest single, "Pinch Me," right here.


* Sophie Strauss is a new name in NYC's indie music scene (she actually splits her time between NYC and LA), and based on her first single, "In The Freezer," she's going to be in a lot of people's playlists.

"In The Freezer" is off of Strauss' soon to be released debut EP, Yeah No Fine, which will be available April 22nd. The song features a modern indie singer-songwriter sound mixed with a lyrical delivery that has a 90s college alt-rock feel. It's a combination that inspires repeat listens, and, on a personal level, it really makes me want to hear what else she has for us.

While I'm putting Yeah No Fine on my “must-listen” list, give "In The Freezer" a spin, and hear why Sophie Strauss is an artist on the rise.


For more of the best of NYC’s indie music scene, come back next Wednesday, and check out the archives for previous columns.